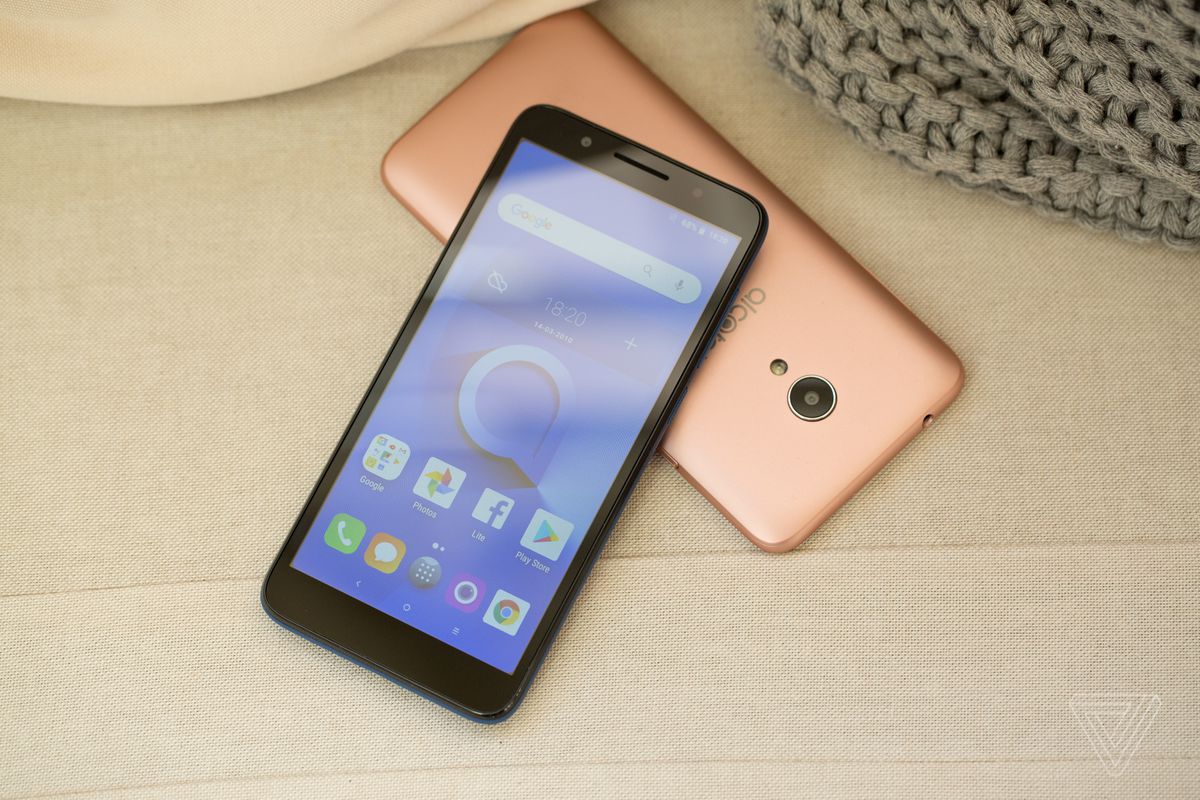 Alcatel’s first phone running Android Go, the 1X, will go on sale in the US next week for $100. Not only is this Alcatel’s first device running Google’s optimized OS for cheaper phones, it’s also the one and only phone running it that’s currently for sale in the United States.
Technically, ZTE beat Alcatel with the launch of an Android Go phone in March, but ZTE has since been banned from buying US components and is basically sitting dormant until the ban is lifted. So thanks to an unlikely series of events involving US sanctions on Iran and North Korea, Alcatel gets this dubious honor. (And it won’t be alone for long: the Nokia 2.1 launches with Android Go in July.)
The 1X isn’t a particularly exciting phone, but that’s usually the case with Android Go devices — they’re built to be inexpensive, but still run smoothly. As far as it goes, the 1X at least looks somewhat modern. While it has pretty noticeable bezels, the phone’s screen still has the tall 18:9 aspect ratio that more and more phones are moving to. It also comes with a fingerprint sensor on the back.
After that, things get less impressive: it has 16GB of storage, 1GB of RAM, a MediaTek processor, and a 480 x 960 resolution for its 5-inch display. I got to use the phone briefly earlier this year — it’s clearly the weakest of Alcatel’s new line of phones; but it’s also pretty cheap, so there’s not too much more you can ask for.
The phone launches next week through Amazon. It’ll be an unlocked GSM model, so it should work on AT&T and T-Mobile.

It’s that time of year again. The days are long, the sun is shining, and Apple is getting ready to take the stage at its annual developer conference to unveil a look at the future of its iOS, macOS, tvOS, and watchOS operating systems. That’s right, WWDC 2018 is here, and it all kicks off […]

I’ve been writing and editing military science fiction for years. In that time, robots, drones, and artificial intelligence have been slipping onto real-world battlefields. When people think about robots on the battlefield, they often envision something like the Terminator or the Cylons from Battlestar Galactica. But the reality is far more nuanced than pop culture would […]