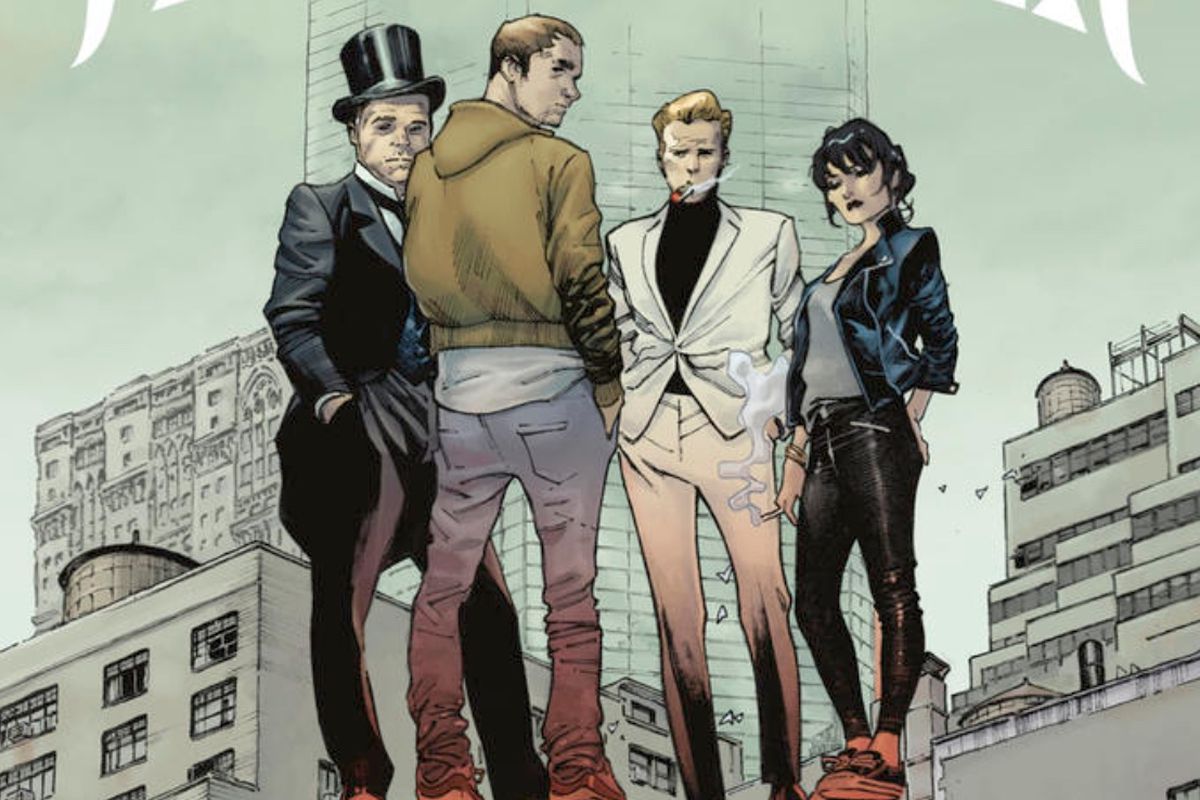 Netflix released a trailer today for The Magic Order, the first comic spearheaded by the streaming platform — or as Netflix’s US Twitter account called it, “baby’s first comic book.” The six-issue miniseries, which will be published by Image Comics, is written by Mark Millar (Kick-Ass, Wolverine: Old Man Logan, Civil War) and illustrated by Olivier Coipel (Thor, Avengers).
The comic, about five families of magicians who secretly protect the world from evil forces, is slated to arrive in comic book shops on June 13th. It’s also the first project that has emerged from the Netflix acquisition of Millar’s comic book company Millarworld last August, another effort by Netflix to expand its development of original properties.
Fans of physical objects, take note: there will be no second printing of the series if it sells out. This mirrors a similar decision by Millar to offer no second printings of an issue of Hit-Girl, another series of his published at Image. Digital issues of The Magic Order will be available for the same $3.99 price as the printed issues (and are available for preorder now), though they likely won’t scratch the same itch for comics collectors.
In a letter addressed to comic book retailers prior to the final cutoff for orders of the first issue, Millar wrote, “We want to get back to that crazy, exciting time where a first printing really meant something too and create a real collectibility here with NO SECOND PRINTINGS. We love the idea of making this genuinely sought after. So after inventory on the first and only print run is depleted, there will be no additional printings. That said, we’re very, very sure this is going to sell out.”
Although Millar has long been known as a somewhat bombastic promoter of his own work, he noted on Twitter that the first issue has received more than 140,000 orders — a substantial number for an industry where top-selling issues each month typically get between 100,000 and 200,000 orders.
The Magic Order is a book “for the kids who enjoyed something like Harry Potter or that kind of genre growing up now having something that appeals to their adult sensibilities,” said Millar in an interview with Comic Book Resources. “Tonally, it’s actually closer to The Sopranos in that it’s about a patriarch in an underworld family and his concerns about his children. King Lear is the basic structure, if that doesn’t sound too pompous, but with magic wands. And it’s dirty. It opens with a shagging scene, so you immediately know this isn’t Hogwarts.”

The Resident Evil 2 remake is coming on January 25th

Sony just showed off the first trailer for Capcom’s remake of Resident Evil 2, which sees Leon Kennedy and Claire Redfield struggle to survive into a zombie-overrun Raccoon City. The trailer doesn’t feature live gameplay, but it’s entirely 3D-rendered; the game apparently moves away from the pre-rendered backdrops of the original game as well as the […]

This week at Google I/O Xiaomi announced that it would add Google Assistant compatibility to three smart home products and officially bring them to the US. The Mi Bedside Lamp (above) and Mi LED Smart Bulb can both display up to 16 million colors, with voice assistant support also allowing you to control brightness and color temperature. […]