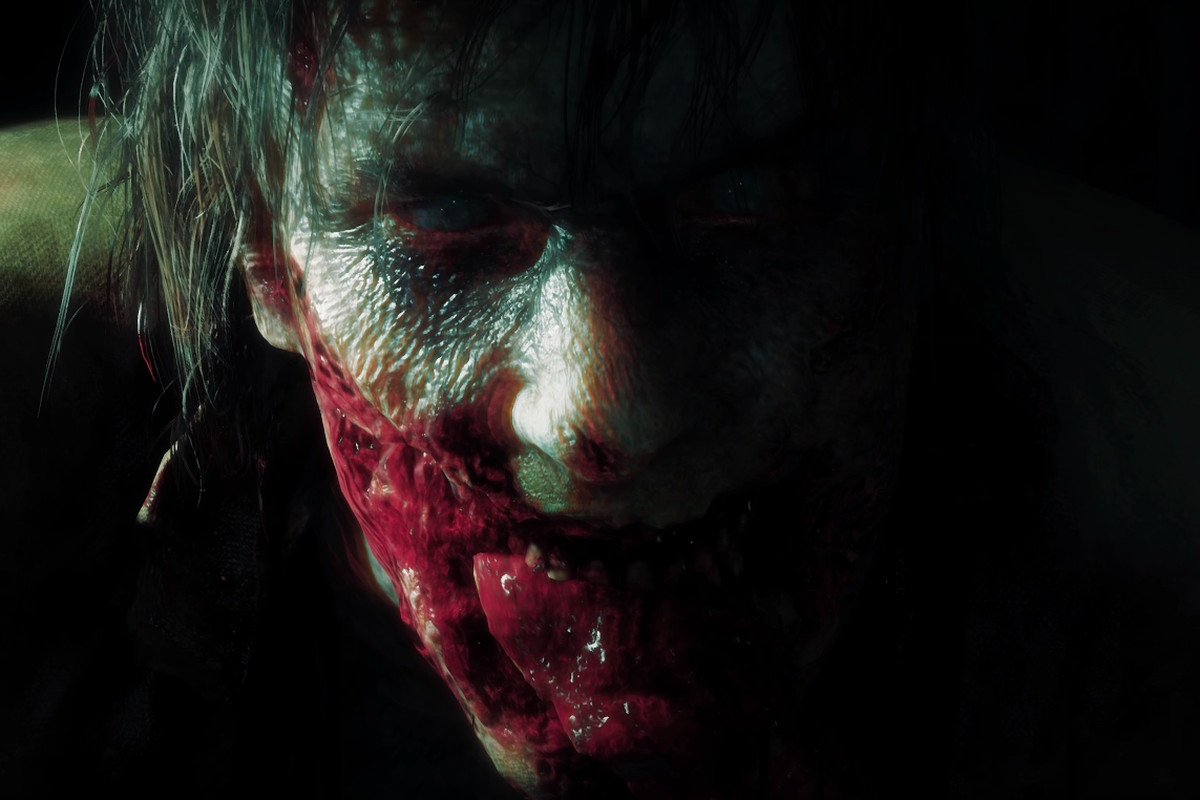 Sony took a slightly different approach than its peers at E3 2018. Instead of packing as many games as possible into its conference, à la Microsoft, it made room for a smaller number of titles to lovingly chew the scenery, showing off with extended gameplay footage — and a surprising number of stomach-turning moments.
Naughty Dog’s The Last of Us Part II kicked off the conference with a quiet, tender momentbetween Ellie and a new love interest. The moment of romance was short-lived; as the camera turns away from the warmly-lit, close-up smooch, it bleeds (literally) into Ellie brutally sinking her knife into a man’s neck. As the camera spins, she pulls her knife out, ignoring the blood spray, to plunge it right back in. From there, Ellie slinks through a dark, dystopian forest full of dead bodies hanging from trees or impaled on whatever’s handy. A man approaches one captive, strung up by his neck, then guts him by stabbing him and ripping out his intestines.
The gore didn’t end there. PS4 exclusive Ghost of Tsushima quickly traded its beautiful grasslands and horse riding for some close-up action of dismemberment and impaling.
A trailer for the Resident Evil 2 remake offered some zombie mayhem that was positive gag-worthy— an extreme close-up of a man getting his throat ripped out, down to the tendons of his neck snapping with bloody tension.
Finally, to wrap up the conference’s Most Disgusting Moments, viewers were treated to a special showcase of body horror with Death Stranding. Although the Hideo Kojima game has previously focused on some positively bizarre moments, mostly involving babies, this relatively tame demo instead chose to freak people out with Norman Reedus pulling off his own bloody toenail. (Let’s not forget the bonus round in which actress Lea Seydoux slurped down a fleshy wiggle worm that resembles a severed thumb.)
If you made it through this entire conference without gagging once, we salute you. I’ll be skipping dinner.

Dell is reportedly working on a dual-screen Windows ARM device

Microsoft has long been rumored to be working on a foldable dual-screen device, much like the Courier concept. While we’ve only seen patents and third-party design concepts, there are now signs that Microsoft’s close OEM partners are working on similar devices. WinFuturereports that Dell is working on a similar dual-screen device that runs Windows 10 and an unreleased Qualcomm Snapdragon […]